Septic tank systems are an efficient form of sewage treatment for homeowners.  A septic tank is a buried, water-tight container.  Its job is to hold the wastewater long enough to allow solids to settle down to the bottom forming sludge, while oil and grease float to the top as scum. The water is then released into the soil which acts as another filter, straining bacteria, viruses, and nutrients out of the water before it percolates into groundwater and local streams.

Click here for an interactive diagram of how septic tank systems work created by the Guadalupe-Blanco River Authority. 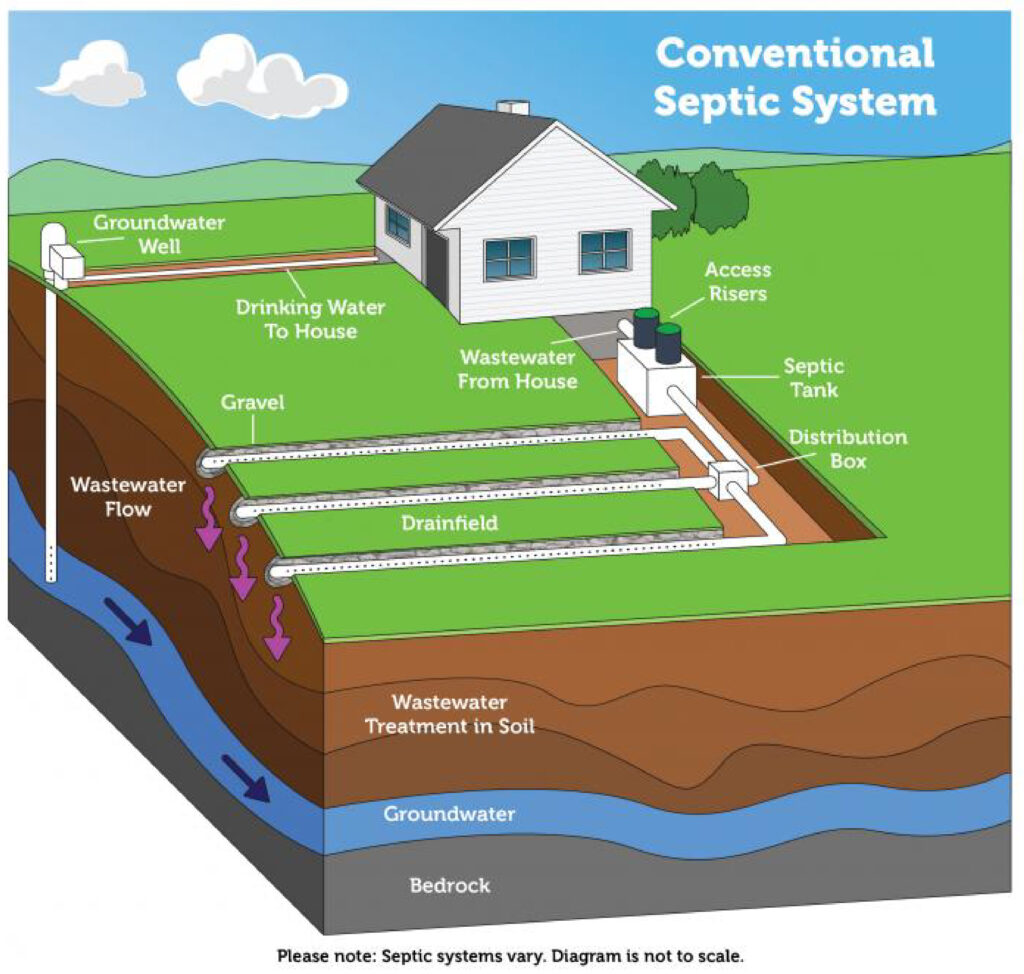 The EPA states that there are several benefits of using a septic system including environmental, economic, and public health. Septic tanks are environmentally friendly as they are less likely to leak raw sewage into groundwater than sewage pipes. Additionally, they are economical as the homeowner does not pay for municipal sewage fees (one sign that your home relies on a septic tank system is not being charged for sewage fees on your water bill). Septic systems contribute to public health by containing bacteria and viruses and preventing them from entering public waterways. Learn more about your localities' septic tank regulations.

The reliability of your septic tank is determined by its maintenance. The EPA has listed improperly maintained and failing septic systems as one of the top five pollutants for surface water quality. The sludge found in septic tanks contains high levels of nutrients nitrogen and phosphorous, in addition to other pollutants.  A poorly maintained septic system will release high amounts of nutrients in drainage water.  These nutrients can cause algal blooms that are toxic to humans and wildlife.

Learn more about what the EPA states about septic systems.

A full or poorly maintained septic system can leach harmful bacteria on your property putting you and your pets at risk. Water- and air-born bacteria can spread over the ground, in your home, and into groundwater.  Viruses, mold, and pathogens can also spread through contaminated wastewater.  The Department of Health recommends regularly pumping your septic tank.

In addition to bacteria and other pathogens, untreated wastewater from a septic system carries high levels of nitrogen and phosphorus.  These pollutants can harm wildlife, poison plants, and contaminate nearby streams and waterbodies.  The Department of Environmental Quality recommends pumping your septic system at least every 5 years.  If you live in a locality subject to the Chesapeake Bay Preservation Act you are required to pump out your septic tank every five years.  In PlanRVA, the following localities are considered Bay Act localities: Town of Ashland, Charles City County, Chesterfield County, Hanover County, Henrico County, New Kent County, and the City of Richmond.

A septic tank with too much sludge cannot process wastewater effectively or efficiently.  The system becomes imbalanced and can fail. Replacement of a failed tank can be both costly and inconvenient.

Check out our informational handouts about septic system maintenance.

Why is Pumping Your Septic Important?

Why Should You Pump Your Septic Tank? 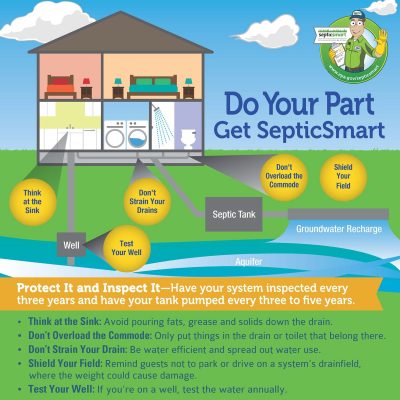